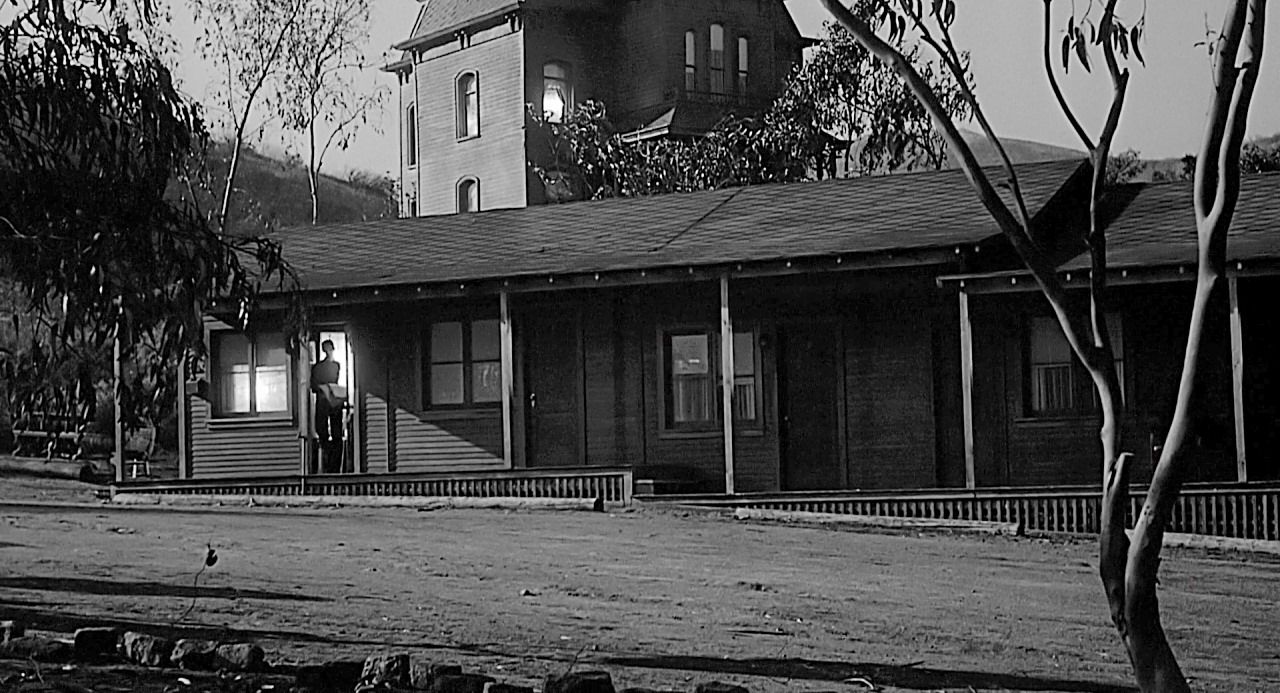 You must know by now that I have a huge love and admiration for psychological thrillers. The ones that mess with your mind, lingering inside your brain for days, maybe even years on end. The ones you can’t seem to shake out of your head. Sometimes you might even find yourself within those iconic characters (such as in Black Swan, Fatal Attraction, The Shining), or simply imagining yourself in such a crazy, weird situation. Sir Alfred Hitchcock has certainly done a great deal of inspiring my love of cinema. While I admire all of his films, there is nothing quite like Psycho (1960). An oldie, but a goodie (as them boomers might say?).

Quick recap: Psycho begins with Marion Crane, a secretary who steals a large sum of money from the office she works at, hoping that this will jumpstart her life with her boyfriend, Sam. While trying to put distance between her and herself in this crime, she stops at a motel along the way and meets Norman Bates, a repressed young man under the domineering control of his mother. In the now-famous shower scene with the iconic violin screeching, we see Marion brutally stabbed to death by what we believe to be Norman’s mother in a fit of jealous rage. The subsequent investigation that follows actually reveals that it was Norman who committed the crime; “mother” being his alter ego.

One of the strange but interesting things about the film is that there no known protagonist to carry the bulk of the plot. At first, it seems like the “psycho” in question might actually be Marion as she flees town with increasing paranoia from the repercussions of her crime. When she is suddenly killed off only 45 minutes into the film, it abruptly switches its focus completely from her theft…to her murder. From start to finish, Marion’s story is only a little over 1/3 of the film, essentially an abnormally long back story and buildup for the murder victim. But why is so much attention given to Marion at all? Why are we so fixated on her crime that seemingly has nothing to do with the murder…or the murderer? The Uncanny.

Before I get started into the analysis of the uncanny, it’s best to dig into the psychoanalysis themes of Alfred Hitchcock films. His Freudian themes are no more overt in Psycho than they are in any other Hitchcock film. Norman’s sexual fixation of his mother being the most obvious Freudian element of the film. There’s also a symbolization within the three levels of the Bates home – upstairs (superego), ground-floor (ego), and basement (id). It’s no coincidence that they mirror the three Freudian levels of the subconscious since they all represent the different stages of Norman as the movie progresses.

The uncanny was a term coined by Freud to describe the feeling of an unease you get when you experience something familiar as suddenly, unfamiliar. A few examples of this include seeing your teacher outside of school or visiting an empty mall in the middle of the night; something that is commonplace, suddenly seen as strange or eerie. Another uncanny feeling could also be by seeing someone who looks exactly like your spouse, or in other words used by Freud, their doppelgänger; someone or something that so much like the self, but completely separate from it. Jordan Peele’s Us (2019) and The Twilight Zone’s Mirror Image (1960) episode are my personal favorite cinematic takes on doppelgängers.

In Psycho, we get the double uncanny in the form of “Mother”, Norman’s alter ego. But one thing we fail to notice is that Marion and Norman are also set up as uncanny doubles, in forms of each other. Not all, but in most of their interactions, we can see a carefully placed mirror or reflection in the background further suggesting that they mirror off of each other in the uncanny.

Marion’s life is the prime example of the contemporary everyday American whereas Norman’s is the nocturnal opposite. Marion and Norman’s seemingly separate stories are not so separate at all. They are complementary to each other, almost like day and night. Once you start to understand that, you can easily put together the film as a whole. Marion wouldn’t be Marion without Norman and vise versa.

How exactly does Hitchcock turn Marion’s runaway story, into Norman’s story? Let’s look at the car scene when Marion is driving away from her theft and the voiceovers are her own thoughts of what she thinks her boss will say when he finds out what she has done.

“No Mr. Lowery, but then agian she is always late on Monday mornings.”

“Buzz me the minute she gets in. Call her sister, no one’s answered at the house.”

“I called her sister, Mr. Lowery, at where she works, the Music Maker’s Music Store, you know? And she doesn’t know where Marion is any more than we do.”

“You better run over to her house, she may be…unable to get to the phone.”

“Her sister is going to do that. She’s as worried as we are.”

As we hear the likely conversations Marion imagines inside of her head, we slowly see her becoming…Marion Crane. Up until this point in the plot, the film was filmed in a very realist style; cut and dry, and with the occasional slow mundane background music. A very common way of how films were made back in the Golden Age of Hollywood. Her voiceovers however suggest that we’re moving towards a more subjective experience, of how Marion perceives the world. This subjectivity is reinforced by the changes in the cinematography. For example, earlier in the film, scene transitions were marked by fades, whereas moving forward at this point, transitions are in sharp cuts. Fades are an old school style of filmmaking that suggests time has passed in between scenes. Hitchcock does a great way of changing the shift in the mood of the film by sharp cutting in-between frames, even though the sky is increasingly growing darker and darker as Marion drives away.

The shots also grow tighter and tighter onto Marion’s face. The depth of fields decreases, making the background become more out of focus. The darkness and the rain make it almost impossible to see out of the window, thus increasing the already intense suspense.

In a practical sense, Hitchcock is moving us from day to night. In a stylistic sense, he is moving us from an apparent objective reality to a subjective internal reality. He is effectively taking us from Marion’s side of her daytime evil reality to its uncanny nighttime flipside, Norman’s story. At the climax of the scene, we see Marion becoming who she really is, her seemingly paranoid facials slowly turning her into a chaotic monster. That growing, sinister smile represents her knowing that she has gotten away with it. To top it off, she looks at the camera. 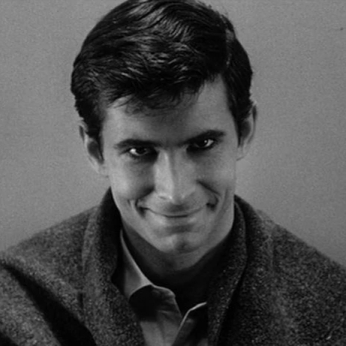 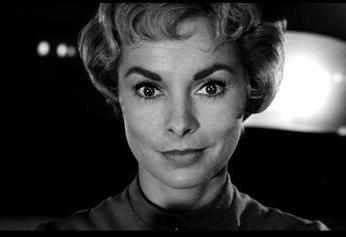 In Freud’s An Infantile Neurosis chapter “The Uncanny”, he argued that the reason the uncanny disturbs us is that it unleashes some aspect of our internal desires. This proves that the uncanny isn’t just the familiar turned unfamiliar, but a fantasy turned grotesque. If Norman is Marion’s uncanny double, then he must represent some hidden desire of hers. Which raises the question of

“What exactly does Marion want?”

From the first scene of the film, we can tell that Marion wants Sam to settle down and be serious. She doesn’t want to continue meeting up in hotel rooms during lunch breaks. She even goes on to suggest “having dinner together, with her mother’s picture on the mantel” (respectively); thus suggesting under a symbolic gaze of authority.

Fast forward to when Marion and Norman are sharing sandwiches and milk in the Bates Motel parlor, a room filled with symbolic gazes of authority; watched by the uncanny staring eyes of paintings and stuffed birds. It’s a very weird answer to Marion’s desire for domestic respectability. 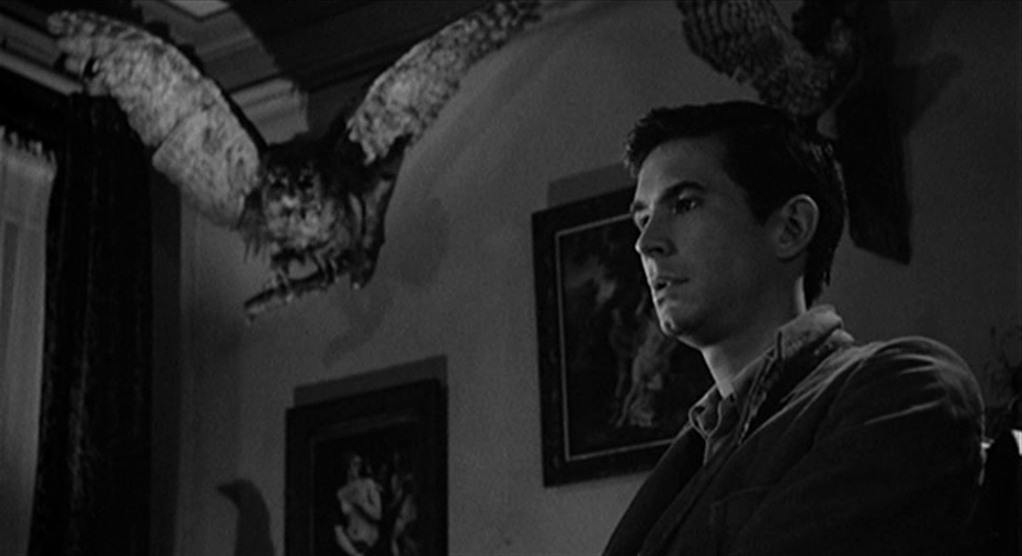 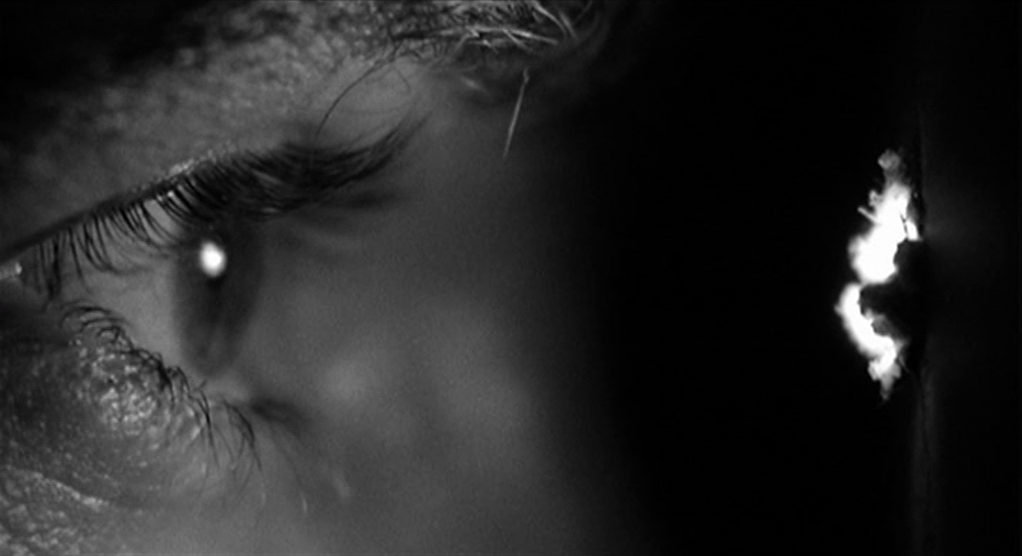 Even Marion’s murder, when Norman replaces her as the protagonist in the film, could be read as a metaphorical response to Marion’s original fantasy of achieving domestic respectability. In her desire to become “normal”, she becomes Norman. Not only does this become a fantastic example of a Freudian twist, but we also continue to see the similarities between Norman and Marion even after Marion’s murder. Hitchcock is showing us that these two worlds are two sides of a Mobius strip. Keeping going on one side, you’ll eventually end up on the other. Just like how Marion ends up becoming Norman. You can see this play out in the scene where Norman is packing up every piece of evidence of Marion from the motel into her car (before he evidently sinks it into a nearby pond), and compare it with an earlier scene of after stealing the money, Marion packing up her life and leaving her old self behind.

The final shot is the most symbolic and brings the film a full circle. For a split moment, you can see the shadow of a skeleton imposed over Norman’s face, just as the frame fades to Marion’s car being dragged up from the pond. The uncanny nightmare is over and in the light of day, Marion resurfaces again. She is resurrected. 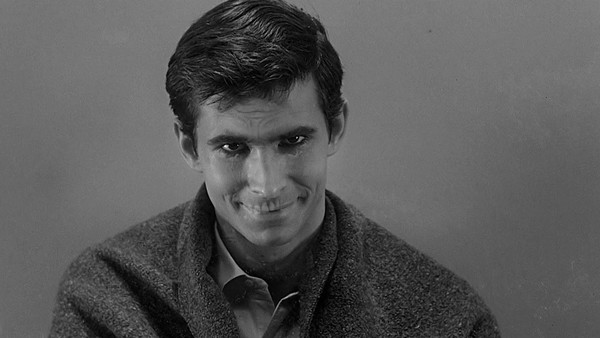 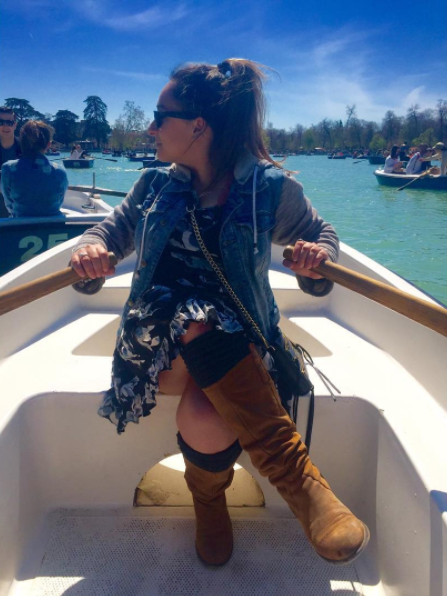