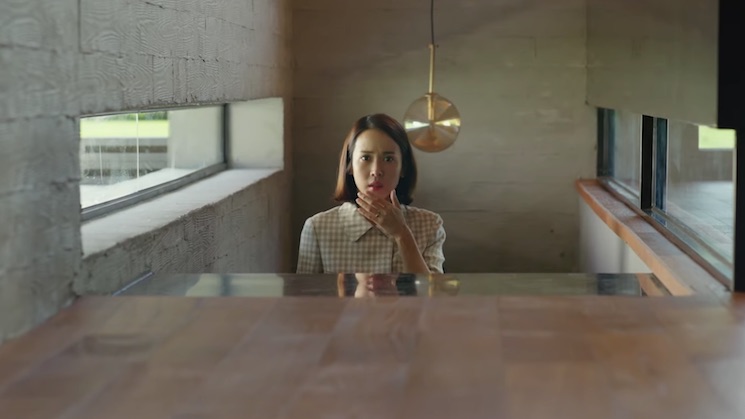 Parasite made history at the 2020 Oscars, more than once might I add. The first being that it won Best Original Screenplay, South Korea’s first EVER Oscar, to winning Best International Film and again being South Korea’s first win in that category (plus the country never even being nominated before either!) and ultimately being the first foreign-language film to win Best Picture; a literal historic moment for all minorities all across the globe.

I mean, look at Diane Keaton’s reaction to when Parasite won its first Oscar of the night. 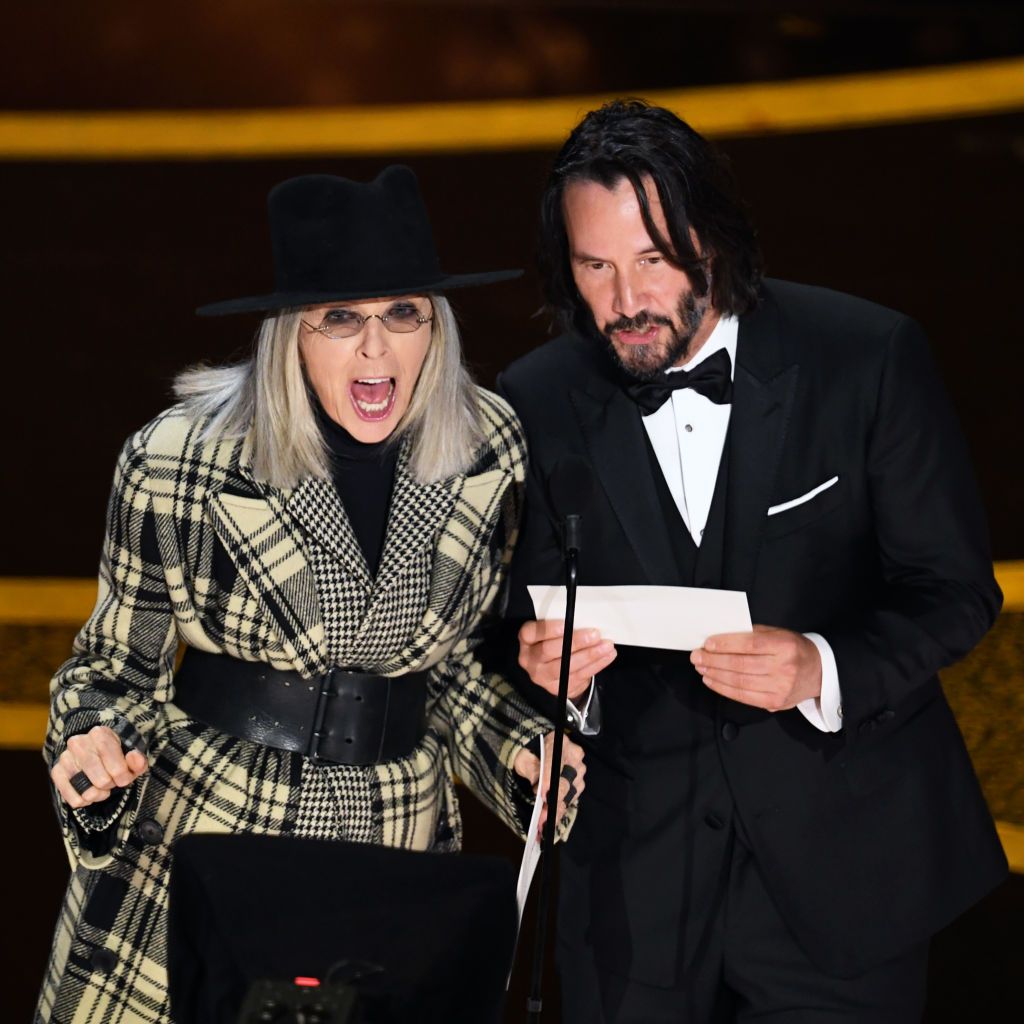 Followed by this wholesome gif of Bong Joon-ho realizing he’s been promoted from Oscar nominee to Oscar winner.

Bong Joon-ho ended up leaving the ceremony with four Oscars (tying with Walt Disney for that honor), the GOAT of modern-day cinema. In my humble opinion, this is the best Best Picture winner in all of Oscars history. And I am about to tell you why with an analysis from a particular scene from the film. Not just any ordinary scene, a scene that basically changes the entire tone and shift of the film moving forward. Without this scene, the story wouldn’t have executed in the right way for the rest of the film.

This is the peach scene. Art.

The spoilers in this scene are not the kind of spoilers that’ll spoil the entire film for you, just a heads up. The REAL spoilers are so out of this world that you wouldn’t ever see or imagine it coming (that’s another blog post for another day).

Recap until now: Parasite revolves around the lives of the Kims and the Parks; two opposite family dynamics living in the same city but under very different circumstances. At this point in the film, the Kims, desperate to secure steady jobs, have already started infiltrating the Parks by posing as different skilled service workers to be employed by them. Ki-woo was the first to experience working for the Parks and had taken on the role of an English tutor for the Park’s eldest daughter. Ki-jeong (aka Jessica) poses as an art therapist to help counsel the Park’s relentless 6-year old son. Lastly, we have Ki-taek, the Kim family patriarch who prior to this scene, had just recently begun working as Mr. Park’s chauffeur. Unbeknownst to the Parks, Ki-woo, Ki-jeong, and Ki-taek are all a family doing whatever they can to make ends meet. This entire scene revolves around the three Kims trying to bring in their mother, Chung-sook, under the Park family. The problem is, that the current housekeeper, Moon-gwang, is already well established and well-liked by the Parks.

Bong Joon-ho is a masterful filmmaker obsessed with rhythm, as shown throughout the entire film. By the way of the editing, camera work, production design, and music carry on the plot from moment to moment. As the viewer, it almost feels like you’re surfing through the story. It’s a great idea to enact the Kim’s plan to replace Moon-gwang at the end of the first act in a montage form. While we’ve already seen three successful cons at this point, and with the tempo slowly building, the cutting can get even faster and Bong Joon-ho can artistically bring the first act into a crescendo.

The scene starts as we see Ki-jeong walking down the stairs in slow motion, passing by Moon-gwang sleeping in the kitchen; giving off the impression that even as the housekeeper, she runs this house. She knows her place in the household and it is high. Starting right off the bat, we as the viewer can tell that it’s going to be a difficult task to take away Moon-gwang’s authoritative role in the home. She places fruit (a foreshadow for later) in front of Ki-woo as he’s giving his lesson. We are then rhythmically shown a short montage of where Moon-gwang came from. She was the original housekeeper for the first family of the beautiful home before the Parks came around; this house has been her home for years, longer than the Parks. Only a montage built like this is going to test your ability to convey a large amount of information across a limited number of shots. In this case, it is 60 shots in 5 minutes.

One thing to note is how balletic this scene starts, accompanied by classical upbeat music. The pacing is so mesmeric, it keeps you intrigued. Bong achieves this by selectively using slow motion and linear camera work as a way of storytelling. Every shot offers a piece of information, many coming into foreshadow for later in the scene (see at the end for the stills). As stated earlier, this referencing back and forth, camera work, editing, and music, all contribute to making this sequence an organism all on its own.

“So she survived a change of ownership, she won’t give up a good job easily.”

“To extract a woman like that, we need to prepare well.”

Keep note of the overhead shot of Ki-jeong pouring hot sauce on the pizza.

At 0:47, we are finally introduced to the one flaw of Moon-gwang; her severe allergy to peach fuzz. Finally! A plan for the Kims can be put into action. At 1:03 we see Ki-jeong steal a peach and execute a perfect foreshadow that another one of the Kim family’s conniving scams is about to be put into place. Look at how this montage also supports the style of the shots it takes to execute an idea into a plan. In this case, figuring out how to make sure Moon-gwang is fired by somehow involving the thing she is most vulnerable to. Bong gets from the moment Ki-woo finds out about the allergy to the moment he poisons her in eight economical shots, very Hitchcock-like.

Cut to Ki-taek, he is with Madame, deceiving her by literally taking her for a ride. He sets the pace for his story and she follows him (literally, as he’s pushing the cart through the parking garage). There’s another level of control here because the words he says to Madame, were written by Ki-woo, his son.

In this part of the sequence, we see Ki-woo and Ki-taek practice “acting” out the scenario in their run-down apartment. It’s comical because in real life, the actor who plays Ki-taek (Song Kang-ho), is actually a critically acclaimed actor in South Korea and the actor who plays his son Ki-woo (Choi Woo-shik) is a young rising star in the entertainment business. But in this part, we see the son trying to help out his father with his acting skills by taking it down a notch (2:25-2:30). In comparison, this would be like Tom Holland trying to teach Al Pacino on how to act. Just a fun little thing I wanted to note there 🙂

A quick other note to add here is a small shout-out to the editor of Parasite, Yang Jin-mo. Up until this point in the montage, all the shots were shot linear or with the camera in a motionless stance. We hadn’t seen a camera pan in a diagonal style until it shows Ki-woo making sure his plan is perfectly practiced. It throws you off for a moment because everything else had been so rhythmic and steady. This is then followed by the progressively fast-paced of change in setting and when we begin to see the tempo increase throughout the rest of the sequence.

The intercut of the locations, carrying out the same conversation, was used to show a single conversation playing out. This evidently reinforces the rest of the montage to convey the rest of the conversation that was playing out since the beginning. Thus, leading up towards the rest of the shots (in slow motion) where Ki-taek and Madame are conveniently walking through the home just as Moon-gwang is having an allergic reaction. Madame at this point was led to believe that Moon-gwang was diagnosed with tuberculosis (LOL). Just as the music is building up tempo and suspense, Madame’s dramatic face of shock by believing the hot sauce was Moon-gwang’s coughed up blood is just the cheery on top to the end of a fantastic sequence

THAT, is how you end an act. Bong Joon-ho really did THAT. (drops mic).

The foreshadows carried out:

If you haven’t seen Parasite, go see it.

“Once you overcome the 1-inch-tall barrier of subtitles, you will be introduced to so many more amazing films” – Bong Joon-ho, 2020 Golden Globes acceptance speech